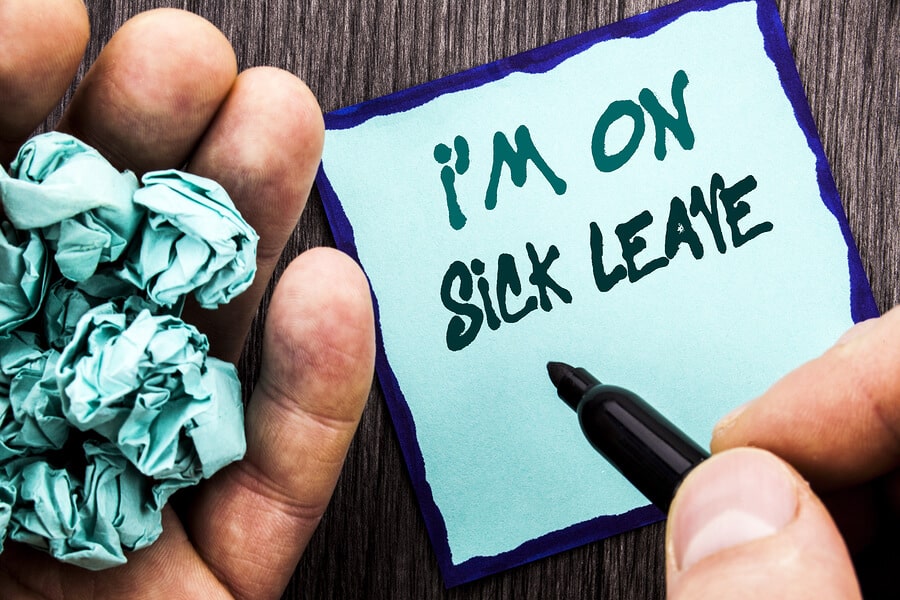 Update: On November 16, 2018, the 3rd Court of Appeals threw out Austin’s paid sick leave ordinance. The court ruled that it violates the Texas Constitution because it is preempted by the Texas Minimum Wage Act. The court returned the case to the district court and ordered the judge to issue a temporary injunction against the ordinance. Stay tuned for further developments.

On October 1, 2018, Austin City Paid Sick Leave should have officially gone into effect. However, a state appeals court has temporarily blocked the ordinance. That means business owners have a retrieve against the new, and costly, ordinance.

Although the law is temporarily stayed, there are several things that Austin employers should be aware of regarding the new law.

Austin’s sick leave law is officially called “An Ordinance Establishing Earned Sick Time Standards In The City; Creating A Civil Penalty; And Creating An Offense.” In this article, we will refer to the new ordinance as the “sick leave law” or “sick leave ordinance.”

Who Is Covered By Austin’s Sick Leave Law?

The law covers any employee who works at least 80 hours or more in a calendar year. This includes part-time, full-time, temporary and seasonal employees. Covered employees must also work for a covered employer to be eligible for sick leave.

Any employer with six or more employees is mandated by the law to provide sick leave. The law covers much smaller businesses than it originally covered.

How Much Paid Sick Leave Do Employees Earn Under Austin’s Sick Leave Ordinance?

Austin’s sick leave law provides 1 hour of paid sick leave for every 30 hours worked. Employees are able to use accrued sick leave as soon as they earn it.

The only exception to this rule is for new employees. Employers can restrict the use of paid sick leave for the first 60 days of employment.

Employers can only prohibit sick leave use to new employees if that employee’s minimum employment term is 1 year or more.

When Can Employees Use Sick Leave?

In addition, the law provides safety leave. Safety Leave covers employees, or their family members, who are victims of domestic abuse, sexual assault, or stalking. It also covers a need related to an event related to the abuse or violence.

These employees can take time off to seek medical attention, seek relocation, obtain services from a victims service organization. They can also take the time to participate in legal or court-ordered action related to the domestic violence, stalking, or sexual assault incident.

What Family Members Can Employees Take Time Off to Help?

The ordinance is fairly broad. It covers an employee’s spouse, child, and parent. It also covers “any other individual related by blood or whose close association with the employee is the equivalent to a family relationship.”

How can employers regulate what individuals are considered “close association” or “the equivalent of a family relationship?”

The law does not define or answer this question. That makes it more problematic for employers who are seeking to comply with the ordinance.

Can Employers Verify The Employee’s Use of Sick Leave is Valid?

Employers are only allowed to verify sick leave use if the leave covers at least 3 or more consecutive days.

How Much Sick Leave Can Employees Earn Under Austin’s Sick Leave Ordinance?

The law allows employers to cap sick leave. Caps are based on the size of the employer. Small employers (those with under 16 employees) can cap sick leave at 48 hours per employee, per year.

Does sick leave roll to the next year?

All unused, accrued sick leave must be rolled to the following year. If employers front-load sick leave at the beginning of the year, those employers do not have to roll unused sick leave each year.

Can Sick Leave Use be Capped?

Employers can restrict employees from using more than 8 sick leave days each year. For a full-time employee, that equates to 64 hours of sick leave. That means that if an employee continues to roll sick leave for several years and ends up with a larger sick leave accrual, they can be restricted from using it all in a single year.

Do Employees Have to Find a Replacement When They Take Sick Leave?

Employers cannot require employees to find a replacement when they take sick leave.

What happens if an employee leaves employment with unused sick leave?

What Do Employers Have to do to be Compliant with the Paid Sick Leave Law?

Employers are required to provide employees with documentation regarding how much sick leave they have accrued and used. Employers must implement a system to track and keep records of employee sick leave accrual.

Plus, employers must post a notice in a conspicuous place in other employment notices are usually places.

Do you have an employee handbook?

Employers must include a copy of the notice regarding sick leave in your employee handbook.

Lastly, employers cannot retaliate against an employee who uses sick leave or attempts to assert their rights under the law.

What happens if an employer violates the law?

The ordinance assesses a $500 penalty for each violation of the law. Penalties are civil and not criminal in nature.

Now that you understand the basics of the new law, let’s take a look at what is being disputed in court.

There are three main grounds on which opponents to Austin’s sick leave ordinance believe state law is being violated. That’s because Texas law prohibits any city or other municipality from requiring a higher minimum wage than the Federal minimum wage.

The law also requires extensive documentation and administration by employers. This incurs costs that are more extreme for small employers.  That’s because the same costs often cover fewer employees and eat into larger portions of profits.

The new law requires Texas employers to track time for exempt employees for the purpose of sick leave accrual. The plaintiffs in the suit argue that this contradicts FLSA law, which doesn’t require time-tracking for an exempt employee. Further, the FLSA allows minimum wage requirements to be paid on a weekly, instead of an hourly basis while the new law requires an hourly basis.

The law covers any employee who works in the city of Austin. This means that employers based outside of Austin will be required to provide sick leave to those employees.

Plus, the law also requires accrued sick leave to be transferred to other locations if the employee changes employment locations, or positions. This means that these same employers could be required to provide employees with paid sick leave outside of Austin city when employees transfer.

It Creates Unequal Grounds Between Union and Non-Union Employers

Like most of the new employment laws sprouting up across the country, this law favors union employers. This shouldn’t be a surprise since Unions spend millions of dollars to support these laws, which encourage Union membership of employers.

However, this becomes a problem since Texas law prohibits any law that favors union employers.

There are many more grounds upon with the law is alleged to violate Texas law. You can read the full lawsuit here.

What is the Future of the Austin Sick Leave Ordinance?

The future of the ordinance will be determined by the courts. Implementation of the law is currently on hold. In addition, the court has temporarily blocked appeals of the temporary stay. This may indicate that the courts hold, at least initially, that there is some merit to the lawsuit.

The final decision is likely to take several months. If further appeals and debates continue, it could take as long as a year to be settled.

Stay tuned for the latest updates.

If the Austin Sick Leave Ordinance does take effect, then it will mean overlapping compliance for business owners. If the courts permanently halt the new ordinance, then San Antonio’s sick leave law may also be subject to appeal.

Is Austin the first city in Texas to pass a sick leave law? Although other Texas cities have proposed sick leave laws, Austin is the first, but not the last to pass one. San Antonio passed a sick leave ordinance in August 2018. The future of the San Antonio law is likely dependent on the results of Austin’s sick leave court decision.

Does Texas have paid family leave? Texas does not have any state required family leave. However, the Family Medical Leave Act does still apply to Texas employers.