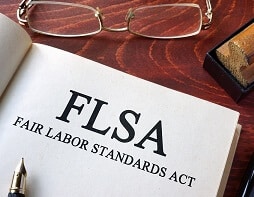 What was the Federal Overtime Law?

The Federal Overtime Rule that was announced by the Department of Labor earlier this year now has an uncertain future. The new overtime law was expected to go into place on December 1, 2016 and would have raised the salary threshold for exempt employees from $23,660 to double that amount at $47,476. Additionally, the new overtime rule placed an additional “duties test” to salaried employees in order for them to remain exempt. The duties test included employees that were white collar or executive, administrative, or professional and required that employee spend the majority of their time in duties included in the duties test.

Yet there was a lot of opposition to the new law. Although the Department of Labor and the Obama administration touted the law as a boon for working Americans, the reality showed a different picture. Many currently exempt employees were facing a new non-exempt status with less flexibility and the requirement to track their hours and breaks. Small businesses and nonprofits were looking at increased expenses which meant that many non-profits would have to report than less money from donations went to helping their target groups. Other industries, such as those involving Federal Lands, were looking at completely shutting their doors as they had ceilings on allowable charges and a rising floor of expenses for labor.

Outside the business arena, Congress passed a law to halt the Federal Overtime Law, but the law never made it to the Senate. It is arguable that even if the law had passed the Senate, that President Obama would have vetoed it, making the effort a waste of time. However, in October, 21 states files suit in the Federal Courts charging that the new Overtime Law was unlawful. Additionally, the US Chamber of Commerce and a coalition of businesses likewise filed suit. The two lawsuits were combined and on November 22, 2016, a Federal Judge agreed with the suits that the Department of Labor’s ruling was illegal.

Although the injunction was a temporary halt to the rule taking effect on December 1, 2016, Judge Amos Mazzant of the US District Court for the Eastern District of Texas agreed that the Department of Labor was reaching too far outside its authority. His temporary halt to the rule starting helped to maintain the integrity of the Department of Labor’s rulemaking process. Had they issued a new law and then had it overturned in court a few months later, it would have compromised their authority and made businesses question any new rulings that were issued in the future.

Judge Mazzant issued a statement that; “The argument that the DOL overreached by shifting too far away from the FLSA’s duties test and putting too much emphasis on the salary threshold.” In other words, the DOL went too far.

Should the Department of Labor Mandate a National Salary Threshold?

That can be argued by looking at California, which has a similar overtime rule statewide. Yet, even though California is one of the most expensive states in the U.S.A., the salary threshold there was only $41,000. So the new DOL’s salary threshold was higher than even California’s threshold. Imposing a salary threshold across the entire country with the massive differences in cost of livings was going to have a huge impact on businesses. Many politicians, businesses and agencies argued that Salary thresholds should be determined at the state level.

In fact, the suit originally filed by 21 states, argued that the Federal government should not have a right to impact state budgets and is unconstitutional. The final ruling, however, will have to be decided in Federal Court.

The Department of Labor Filed Appeal

The Department of Labor filed a request for an expedited appeal to on December 1, 2016. However, it appears that the DOL failed to adequately explain why the case should be pushed ahead of other cases pending in the courts. Understandably, Secretary Thomas Perez and the Obama administration felt urgency. Perez is likely to be replaced by a nominee of President Trump shortly. That only gave the DOL a mere 45 days or so before the new administration takes effect and they possibly lose support from the President.

On January 3rd a Federal Judge denied the Department of Labor’s motion to freeze the injunction of 21 states and the US Chamber of Commerce challenging the new Overtime Laws. 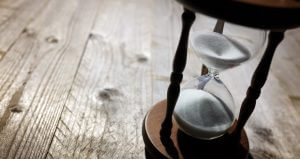 It is uncertain how President Trump feels about the new Federal Overtime Rule. He has stated that he doesn’t support all of the rule, but the issue wasn’t a big topic on the campaign trail so he had little to say about it. There are a number of outcomes that businesses could watch for.

First, President Trump could refuse to act, which would leave the Suit by 21 states and the appeal by the DOL make its way to the Fifth Circuit Court of Appeals in New Orleans. The entire process could take months or years to settle.

Second, Trump could withdraw the appeal by the DOL, making its Overtime Ruling void. Third, he could amend the ruling by creating an exception for small businesses and non-profits. Fourth, he could push the rule out over a longer period of time, granting more time for businesses to adjust.

Next Steps for Businesses

Businesses who had already moved forward with changing employees roles, salary levels or exempt status must now decide if they are going to move forward with the changes. It can be challenging to move employees back to a previous salary or to exempt status again. This is compounded by the uncertainty of the Federal Overtime Law’s future. Businesses may backtrack, only to find out that they must move forward again in the future. Additionally, many businesses have already incurred the cost of transitioning and educating employees and have decided to move forward with the changes to employee roles. Those businesses who have not moved forward with the new changes should continue to keep an eye on the outcome of the new Federal Overtime Rules.

Even with the changes currently on hold, it can still make sense to proceed with the software and timekeeping tools that will automate compliance in the future. In addition to the proposed overtime rules, many cities and states are enacting sick leave and other paid leave laws that require accurate records and retention. Automated timekeeping makes compliance with all of those labor laws more seamless and can save company’s thousands in fines. SwipeClock provides a comprehensive array of workforce management and time tracking tools that can help businesses to more easily stay in compliance with local and national laws. Records are effortlessly kept for years and accrual is automatically tracked and reported to employees according to the state and city laws. Additionally, with geo-timekeeping clocks, businesses can effortlessly track time worked in specific cities to ensure compliance.

The Department Of Labor’s Response (not updated since December 15th as of the Date of this publication): https://www.dol.gov/whd/overtime/final2016/litigation.htm