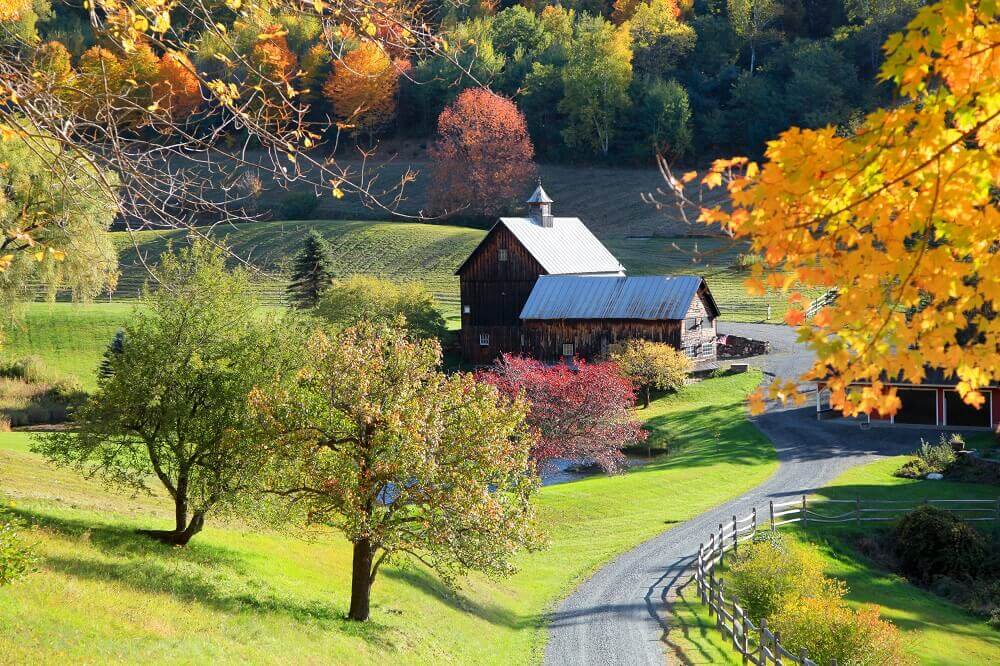 Vermont’s Earned Sick Time (EST) law has a phase in period of two years, which provides up to 24 hours of sick leave to Vermont employees. On January 1, 2019, employees will be able to earn up to 40 hours of sick leave in a 12 month period. Eligible employees can earn one hour of paid sick leave for every 52 hours worked. Employees are paid at the same rate as their worked hours. If their pay rate changes, then employees must be compensated for used sick time at their average hourly pay rate.

Small employers who employ 5 or fewer employees who work an average of at least 30 hours a week or more during the year are subject to a delayed implementation schedule for earned sick time. The law does not specifically address small employers who employ fewer than 5 employees who work more than 18 hours, but average less than 30 hours a week throughout the year.

New businesses starting or operating in Vermont will have a 1 year grace period before they are required to start providing sick leave to employees. It is important to note that it is the employer’s responsibility to prove that the infraction or alleged violation occurred less than 1 year after the first employee was hired. Therefore, it is vital for new businesses to maintain good and accurate records. It is the business’s, not the state’s responsibility to prove the 1 year grace period.

All employees who work at least 18 hours a week in Vermont are covered under the new law. This includes part time, full time, and  seasonal employees (as long as they work 20 or more weeks, approx 5 months, in the year for the employs).

There are some exclusions to Earned Sick Time which include minors and part time employees, those who doesn’t work an average of at least 18 hours in a week throughout the year. Federal Government employees are also exempt and are highly skilled employees employed by the state, including court employees and state legislature employees.

The law also excludes employees who work less than 20 week for an employer in a job that was scheduled to last 20 weeks or less for an employer to supplement the employer’s workforce. In other words, planned temporary employees are excluded from the law. This includes employees hired on a temporary basis to substitute for leaves of absences, temporary skill shortages, seasonal workloads, and special assignments or projects. Health Care employees who work on a per diem or an intermittent basis are excluded. Substitute Teachers and guest workers employed through a Federal Work Visa Program do not earn sick time. Individual who work on a per diem or intermittent basis, who work when they are available to work and are under no obligation to work for the employer and who have no expectation of continued work for the employer are also exempt.

Sole Proprietors or Partners of an unincorporated business are excluded from earned sick time, including independent contractors. Also excluded are executive officers, managers, or members of a corporation or limited liability company which has an approved exception from the worker’s compensation provisions, received from the state liability board.

Family member relationships allowed in Vermont’s Earned Sick Time Law include the employee’s spouse, child, foster child, parent, parent in-law, grandparent, brother, sister, and grandchild. Additionally the Vermont Earned Sick Time Law does not match the language of the Vermont Parental and Family Leave Act (VPFLA) which includes a civil union partner, step child and ward of the employee.  Neither does the Vermont law address in “parentis loco” relationship, which is addressed by other state’s sick leave laws.

Sick leave is accrued at the rate of 1 hour of earned sick leave for every 52 hours worked. Employees who are considered exempt employees under the FLSA laws are considered to work a standard 40 hour week for the purposes of accrual. That means that employers are not required to allow overtime hours to count toward earned sick time. For the first two years of the law, from January 1, 2017 to December 31, 2018, employers can limit the amount of accrued sick leave to a maximum of 24 hours in a 12 month period. Employers are also allowed to restrict usage of sick leave for the first 12 months. Employers who choose to employ a waiting period must allow employees to start using sick leave on January 1, 2018. On January 1, 2019, employers must allow employees to start accruing up to 40 hours of sick leave in a 12 month period. The law does not prohibit employers from offering a more generous sick leave policy than is required.

Employers are allowed to offer Paid Time Off (PTO) that is at least as generous as the state law provides and which allows employees to take time off for the purposes of Earned Sick Leave. Employers who provide PTO do  not have to carry over unused PTO to the following year. Neither does the employer have to provide additional PTO if the employee chooses to use the PTO for purposes other than sick leave purposes, but they could have used the PTO for the same purposes allowed for in the Vermont’s Earned Sick Time Law.

The Vermont Earned Sick Time Law does not address whether or not an employer can require documentation that sick leave was used in accordance with the law. Most other states allow for varying types of documentation when sick leave is used for 3 or more consecutive days. Employers who have a verification policy will need to wait for the Vermont Department of Labor to issue administrative policies regarding verification.

Businesses are prohibited against retaliating against any employee who attempts to use earned sick leave or to assert their rights under the law. Employees who complain about a violation of the law or who assist the Vermont Department of Labor in an investigation are also protected from retaliation.

Violations of Vermont’s Sick Leave Time Law is punishable by fines up to $5,000. If the business is a corporation, then the officers of the corporation that are in charge of payments are also personally liable to the employee for actual wages due. In addition civil acts can be brought against the employer for restitution including, wages and benefits, reinstatement, costs, attorney fees, and other appropriate relief.

Employees may file a complaint of a violation for up to 2 years with the Vermont Department of Labor. The Department is responsible for enforcing sick leave and will investigate, mediate, and settle the violation. When the violation is willful, the employer will be subject to pay back wages at a rate that is double the amount of the unpaid wages. Half of that amount goes to the Department to cover administrative and collection costs.

The Vermont Sick Leave requires that employers post notice of the Earned Sick Time Law in a conspicuous place at the employer’s place of business. New employees must also receive notice of the law upon hire. The Vermont law doesn’t specifically define the amount of time that employers should maintain records of employee sick leave accrual and usage. Neither does it provide for any specifics of the information contained within the records. However, many other states and counties have defined the minimum retention period as three years. Businesses who have employees across multiple states will want to ensure policies that maintain minimum record retention and information required. Most state with sick leave laws require that employers maintain a record of hours worked, sick leave accrual and usage. Other states require employee’s address and phone number, documentation that the sick leave policy was shared with the employee, and sick leave verification to be maintained of file.

Businesses who have employees across various states, including Vermont may have to comply with conflicting City and State ordinances defining Sick leave accrual and usage laws. Additionally, these businesses have to also comply with Federal Overtime Laws, the Family Leave Medical Act and any other national or local laws that are enacted. SwipeClock provides a comprehensive array of workforce management and time tracking tools that can help businesses to more easily stay in compliance with local and national laws. Records are effortlessly kept for years and accrual is automatically tracked and reported to employees according the state and city laws. Additionally, with geo-timekeeping clocks, businesses can effortlessly track time worked in specific cities to ensure compliance.