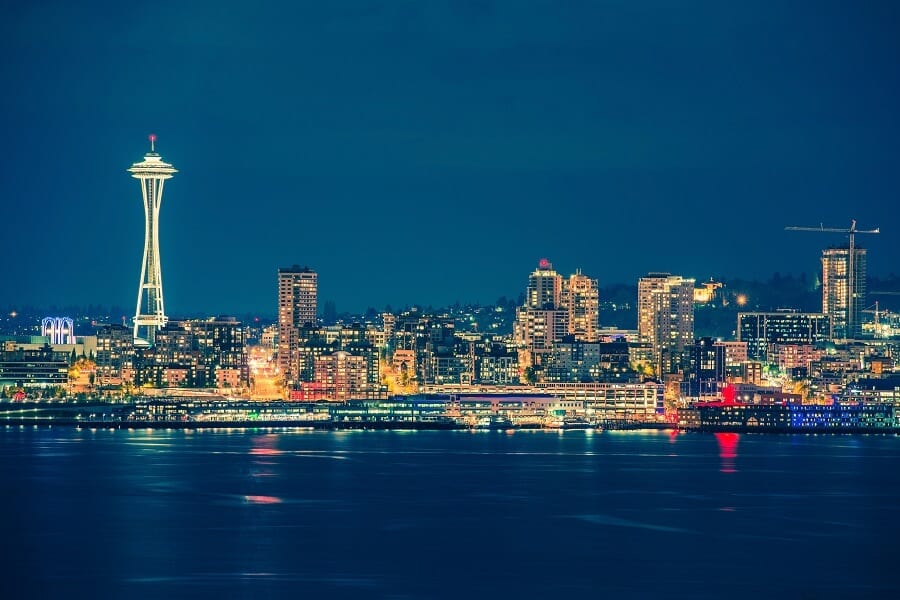 The History behind Seattle’s Secure Scheduling

Seattle was the second city in the country to pass a Secure Scheduling Ordinance. At 27 pages, it is more comprehensive than the city’s minimum wage law or sick leave law. Initiated and supported by Unions, the law excludes companies whose employees are unionized, which could be a factor in driving union growth after years of declining membership. The ordinance goes into effect July 1, 2017.

The ordinance was touted as a law to protect workers and provide workers rights. Yet, over 75% of the employees affected didn’t support the law according to a recent survey in June 2016 of restaurant employees. 70% of those workers already work the hours they want.  Businesses and other related organizations had little input into the law. It took only 1 week from the introduction to voting and passing into law.

The ordinance closely followed a similar ordinance that was passed in San Francisco and went into effect in October 2015. However, in San Francisco, things aren’t going exactly as planned. Over ⅓ of affected businesses in San Francisco are less flexible when it comes to employee shift changes and 21% are hiring less part-time positions with 17% reducing total job positions, including full-time positions. In other words, employees are complaining that they don’t have the flexibility in their job they used to enjoy and employers have curtailed hiring. Those are hardly the desired effects most people want when it comes to bettering the workplace.

Nevertheless, Seattle, Emeryville,  and New York City have now jumped on board and more cities are considering similar bills. Oregon has also passed a scheduling law.

The purpose of this article is to provide an overview of secure scheduling, advanced scheduling, or restrictive scheduling laws for businesses in Seattle and around the country whose lawmakers are considering such bills.

Employers who are retailers or food service businesses who have either 1) 500 employees worldwide, or who are 2) full-service restaurants that have at least 500 employees and 40 locations worldwide.

Employees of these restaurants who work at least 50% of the time in Seattle are covered under the new ordinance.

Union employees are not covered under the ordinance.

Employers are required to provide advanced schedules to employees at least 14 days prior to shifts starting. Any changes to the schedules are posted incur advanced pay for the employees that are affected.

This includes immediately providing a work schedule for a new hire at the time of hire for the next 14 days. In addition, employers must provide new hires with a “good faith” estimate of the hours they can expect to work and if the employee will be on call for shifts. The ordinance does not cover what degree of hourly variance is acceptable to be compliant with the “good faith” estimate of hours, even though it covers the fines for non-compliance.

Employee’s Right to Request Input on their Schedules

The ordinance gives an employee the right to give input and request scheduled hours, times, and places of work. Employers must engage interactively with the employees in these discussions, and some documentation of these discussions is required. Furthermore, employers are required to grant employee requests when the reason is because of a major life event unless the employer can prove a bona fide reason to decline the request.

Major life events include anything that involves the employee’s transportation, such as a flat tire, housing, other jobs, education, caregiving responsibility, or care of a serious health condition. These categories are broad and require written documentation of the reason for the request and a written response from the employer.

Employees must be given at last 10 hours between shifts. This aspect of the law was included to prevent clopenings when employees close a restaurant and reopen the next day. Even when employees request the ability to do this because it works best with a school or other job schedule, employers are now required to pay time and a half for all hours that are less than 10 hours apart.

This is one area that Seattle’s law is more restrictive than the San Francisco law. Seattle’s Secure Scheduling Ordinance states that employers who change employees schedules after posting the schedule must pay additional wages for any changes and that includes when an employee calls in sick and another employee has to be called in to cover the shift. San Francisco allows an exception for that specific circumstance and doesn’t require additional wages to be paid to the employee called into work or who failed to provide 7 days notice. Additionally, San Francisco allows employers to make changes up to 7 days before the scheduled shift, while still requiring a 14 day posting of schedules.

If hours are added, then the employee earns a bonus hour of pay. If hours are reduced or canceled, then employees still earn half of their scheduled hours of pay.

If the employee was scheduled to be on call but wasn’t called into work, then the employee makes half of the wages for the hours not worked.

In other words, it can cost an employer double pay for having an employee work an extra hour after a scheduled shift to help last-minute customers. Even for part-time employees, an unscheduled hour of work results in the equivalent of overtime pay.

Labor is often the highest expense of running a business and the additional pay can serve to discourage employers from over scheduling or adding available hours for employees- even when employees would love to take those hours.

Exceptions to the Increased Wages Rule

There are a few exceptions to the scheduling penalties imposed for changes to work schedules.

Before employers can hire for any new positions, including temporary and seasonal. Employers must offer those hours to existing employees. The offering must be posted for at least three days, which means it hardly helps when employees unexpectedly call in sick or have another emergency. Unlike San Francisco’s law, which allows employers to schedule a replacement when employees call in sick or fail to show up for work, Seattle’s ordinance still requires the payment of increased wages for those changes to the affected employees.

Employers must post a Secure Scheduling Poster in the workplace. The posters must be in English and any other primary languages of the employees.

Additionally, employers are required to maintain records of compliance for at least three years. This includes documenting employee requests for schedules and hours worked, scheduling, changes and increased wages paid.

Employers are not allowed to interfere with any right given under the ordinance. Employees have the right to decline any additional hours offered that were not on the original work schedule posted.

Other Aspects of the Law

The ordinance does provide for hiring through hiring programs and diversity hiring but has detailed restrictions about how many employees can be hired and the process the business must pass through to qualify.

Next Step for Businesses and Employers

Additionally, businesses in other cities may soon have a similar law to comply with. Emeryville passed a similar law covering all employers with 55 or more employees. Portland, Oregon has repeatedly stated that they desire to input such an ordinance and are stopped by a temporary state law that expires at the end of 2017. Several other cities and states have considered such a law in the last year.

Fortunately, there is a way to more easily comply while reducing the bottom line. SwipeClock offers an array of workforce management tools, including optimal scheduling, time tracking, and records retention to help businesses stay compliant with employment laws.

Not only with the workforce management solutions help compliance be easier, but will also facilitate lower bottom lines by optimizing employee scheduling, automating records and employee notifications, and managing the various rules of the ordinances.