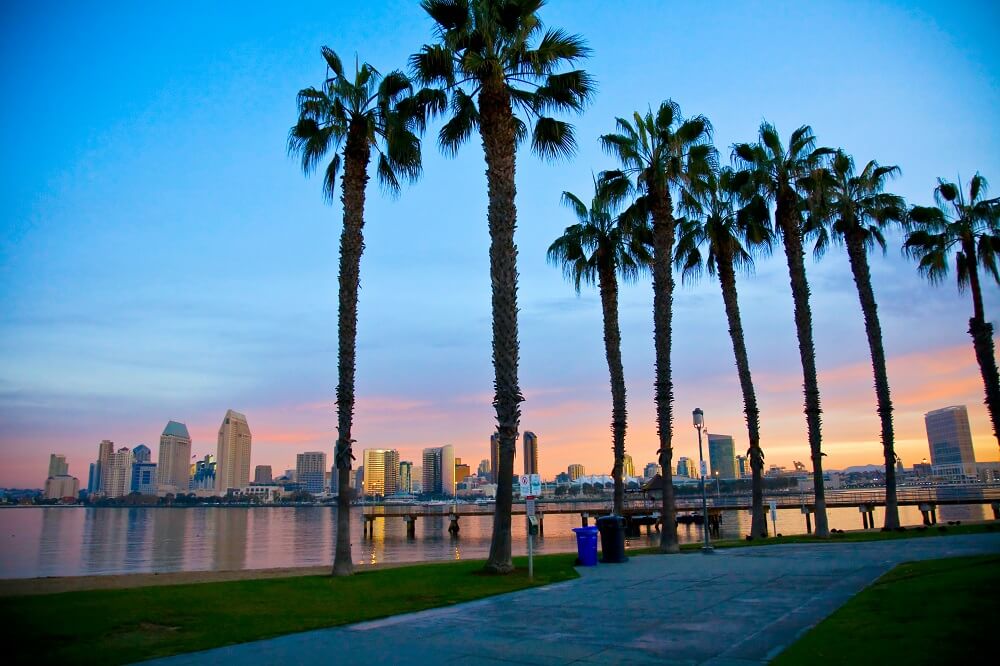 Whenever there is a discrepancy, the stricter of the two sick leave laws has to be complied with by businesses in San Diego. For businesses who operate and have employees in multiple locations throughout California, numerous local and state laws may create a maze to navigate through.

The purpose of this article is to provide a comprehensive overview of the sick leave laws for San Diego and to answer some important FAQs.

Included in the sick leave laws is a minimum wage increase measure.

The minimum wage adjustment is based on the Consumer Price Index. Before the ordinance passed, the San Diego minimum wage was $10.00.  San Diego Minimum wage posters and information can be accessed here. Additionally, to check if your business is within the geographical boundaries of San Diego, check out this map.

Employers cannot use tips as a credit toward an employee’s minimum wage. Tips are considered additional earned income.

Plus, employers must hand over 100% of all tip income to employees and are not allowed to keep any of it or to deduct fees or expenses from tip income. But, employers do not have to factor in tips when calculating the hourly amount of paid sick leave.

Paid sick leave is based on the employer to employee hourly compensation. Employers are also required to give notice of the minimum wage to all employees.

As of July 11, 2016, employees who work at least 2 hours a week inside the geographical limits of the City of San Diego accrue sick leave 1 hour of paid leave for every 30 hours worked. San Diego also offers several other exceptions to employees covered under sick leave.

The exceptions include individuals paid below minimum wage with a special license, individuals employed under a publically funded youth program for the summer or a short-term youth employment program. It also excludes student employees, camp counselors, program counselors of a camp program and independent contractors. Unlike the California law, the San Diego ordinance does not carve out an exception for union workers.

How the Paid Sick Leave Works

Sick leave accrues in full hour increments. This means that a regular 40 hour a week salary employee will earn sick leave at the rate of 1 hour per week. Employers can only limit the use of sick leave during the first 90 days of employment, as opposed to accrual.

Sick leave can be capped at 80 hours of accrual per year. Employers are also allowed to front-load at least 40 hours of sick leave at the beginning of the year. If they front load sick leave, then they can limit the use of the sick leave to 40 hours.

However, employees would continue to accrue additional sick leave, which would be rolled to the following year. There are no exceptions for small businesses. All businesses are required to provide sick leave at the same rate, regardless of their employee count.

This is vastly different from the California Sick Leave laws, which allow users to be capped at 24 hours an accrual at 48 hours each year for every size of business. Sick leave doesn’t need to be paid out upon termination of employment.

Businesses located outside the geographical limits of San Diego

Those accrued hours are available for the employee anytime during the following four years if the employee should happen to work in the City of San Diego.

According to the San Diego ordinance, sick leave accrues for all hours worked, even overtime. If, however, an employee is exempt from overtime through the Fair Labor Standards Act (FLSA) and California Law, then accrual is based on a 40 hour work week.

Similar to the State, the San Diego Sick Leave Ordinance gives employers the option of front-loading sick leave pay at the beginning of the year for a smaller cap allowance. If employers front load sick leave, they can limit usage to 40 hours a year, although accrual would continue until the employee reaches 80 hours of sick leave.

The California laws allow employers to limit sick leave use to 24 hours a year and accrual to 48 hours a year. The most recent addendum to the San Diego sick leave act does allow for the differentiation between usage limits and accrual limits.

If an employer provides Paid Time Off and it allows the employee to use PTO in compliance with San Diego Sick Leave provisions, then the employer does not need to provide additional paid sick leave. It is likely, though, that many employers don’t have provisions for existing PTO that meet the new policy. Employers will need to take a look at their PTO policy and decide if any changes need to be made.

The San Diego law provides that sick leave can be used for the employee’s own illness, medical treatment, and diagnosis. The ordinance also has a safe time provision that allows employees to use sick leave for reasons related to domestic violence, sexual assault, or stalking. Employees can use sick leave to receive medical attention for an injury- both physical and psychological injury from domestic violence, stalking or sexual assault.

Additionally receiving services from a victims services organization, psychological or other counseling services. Safe time can be used to relocate due to domestic violence and for legal services, including prosecution, and any criminal or civil proceeding resulting from domestic violence, stalking or sexual assault. San Diego defined sexual assault as rape or sexual battery in correspondence with the California Penal Code. Also included in the new law is sick leave for public health issues.

The new law also provides that the employee can use sick leave for a child, spouse, domestic partner, legal guardian or ward, sibling, parent, parent-in-law, grandparent, or grandchild. San Diego also recognizes biological, foster, adopted and step relationships. It recognizes children of domestic partners and children that the employee is standing in loco parentis for.

Some of those things may include emergencies, sudden illness or accidents. Additionally, employers can require employees to use sick leave in 2 hours, or less, increments.

The employer must also provide a reasonable method for employee communication such as a phone number with a voicemail or a person answering the phones.

Employers can require that an employee provide proof of sick leave if 3 or more consecutive days of sick leave are taken. In that case, a health care providers note can be required and is considered reasonable.

It is important to note that a policy that requires this would not be arbitrarily enforced, but would apply equally to all employees.

The employer also cannot require that the health providers note contain any information pertaining to the medical illness or treatment.

The San Diego Sick Leave Municipal Code prohibits retaliation from an employer against an employee who takes sick leave or files a complaint against a company’s non-compliance with San Diego’s paid sick leave law. This includes discharging employees or reducing compensation.

Other retaliations are defined as demotion, reduction in hours or pay, discouraging complaints, non-compliance with the San Diego code, and reducing PTO or other non-wage benefits.

The San Diego penalties for violation increased with the recent clarification of the sick leave municipal codes. Employers can be fined up to $1,000 per incident if it didn’t result in termination and up to $3,000 if the employee was terminated.

Failure to provide proper notice can result in a penalty of $100 for each employee. Cumulative penalties for previous non-offenders max out at $10,000, which is still pretty costly for any employer. Employers are required to post notices in English and in every language that at least 5% of the workforce speaks.

Additionally, the law allows for the following remedies to be made to employees retaliated against: back wages, damages for the denial of accrued sick leave, reinstatement or other injunctive relief, attorney’s fees, liquidated damages equal to double back wages.

Businesses who have employees in the San Diego, Oakland, San Francisco, Berkeley and a growing list of other cities may have to comply with multiple conflicting City ordinances defining Sick leave accrual and usage laws.

Additionally, these businesses have to also comply with California Sick Leave laws and maintain compliance with Federal Overtime Laws, the Family Leave Medical Act and any other national or local laws that are enacted. SwipeClock provides a comprehensive array of workforce management and time tracking tools that can help businesses to more easily stay in compliance with local and national laws.