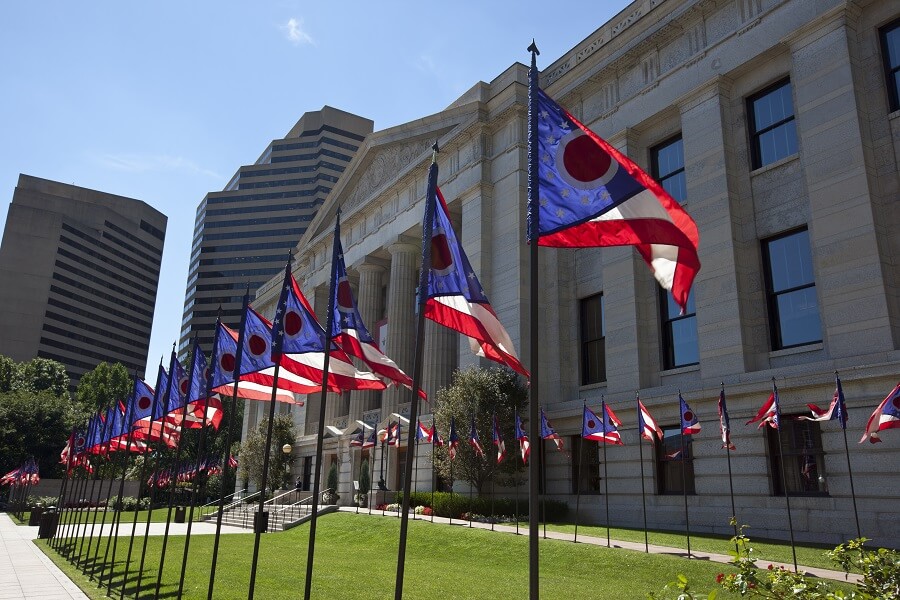 Ohio Bill SB331 just went into effect on March 20, 2017. The bill was an interesting hodgepodge of laws which included many diverse topics. At 30 pages, it covered nearly everything from “increased penalties for cock fighting” to (ahem) sexual relations with an animal to “the sale of docs from pet stores and dog retailers” The bill included provisions for “Micro wireless compensation to local governments on public way.

However, sandwiched between all these many topics included a section that is very important for Ohio businesses. Section 5 of the new law preempts the creation of local law by “political subdivisions” such as cities and counties. The new law may have been in response to the push in  Cleveland and Youngstown to enact local employment law.

This month, May 2017, Cleveland residents were to get a chance to vote on an increased city-wide minimum wage. The Fight for $15 was active in 2016 and had the vote been successful, would have made minimum wage in Cleveland the highest in the country. Although several other cities and states have passed increased minimum wage laws, none have made $15 minimum wage effective immediately.

In Youngstown, a “Part Time Bill of Rights” proposal was attempting to provide part time workers with mandatory employment benefits. Among the benefits included were paid time off, advanced notice of work schedules, and the same proportionate of other benefits as full time employees.

The Minimum Wage and Part Time Bill of Rights Battles

Although the bill also covered a ban on local minimum wage increases, it is unlikely that a law passed by Cleveland voters would have held up in court. Ohio is a home rule state, meaning that for the most part cities and towns get to govern themselves, but with specific restrictions. Article XVIII of the State Constitution bars local municipalities from creating laws “in conflict with general laws” and in Section II creates a statewide minimum wage.

In early 2016, Ohio Attorney General Mike DeWine issued an Advisory Letter stating that Ohio law already prohibited municipalities from issuing minimum wage laws. Even so, the local initiatives continued and if successful, would have likely resulted in a battle in Federal Court.

As Court battles can be a lengthy process, and costly to the taxpayers, SB 331 preempts, in more specific language, local employment law.

SB 331 also prohibits the requirement of “fringe benefits” by local governments. Fringe benefits are considered to be any benefit that adds additional cost to the employer and include sick, vacation, separation, holiday and other paid leave, health, welfare, or retirement benefits. In addition to the direct cost assumed by the employer for fringe benefits includes the additional administrative and managerial cost that is required to prove the employer is compliant with the new laws.

Restrictive Scheduling laws are also prohibited. A fairly new trend, restrictive scheduling laws have already been passed in San Francisco and Seattle, but is currently being debated in Washington DC. Also called “secure scheduling” these laws prohibit and penalize employers for any changes made within 21 days of an employee’s work day. This means that even when employees call in sick, want to trade shifts with another employee, or in any way change their schedule, employers pay costly fines for changes. Although touted as a way to benefit employees as a secure schedule, it actually penalizes employees who fail to adequately plan ahead and request changes of schedule for family emergencies, events, or sickness. Even if by employee request, any changes made within 21 days of the scheduled work day penalizes the employer. It makes employers highly unwilling and unreceptive to any changes that are not required by law, such as the sick leave laws already in place in those cities.

Next Step for Business Owners

Although sick leave and minimum wage are both prohibited on the local level in Ohio, it doesn’t stop the state from looking at a statewide sick leave or minimum wage law in the future. It also doesn’t protect multi-state employers from an array of sick leave laws across the country.

Several states, including Arizona, Oregon, Indiana, Minnesota and others have passed preemptive laws, only to follow up with mandatory sick leave and increased minimum wage laws.

For updates in Ohio employment law, follow the SwipeClock blog!

Employers who have to comply with local, state, or Federal employment laws often have conflicting and overlapping laws to maintain records on. SwipeClock makes it an easy process with our workforce management and time tracking tools that help business to stay compliant more easily.

SwipeClock is a leading provider of cloud-based integrated workforce management solutions that include automated time and attendance, advanced scheduling, and leave management capabilities.

We work with payroll companies, business owners, HR managers and other Key Individuals to be compliant with employment regulations and facilitate a lower bottom line.