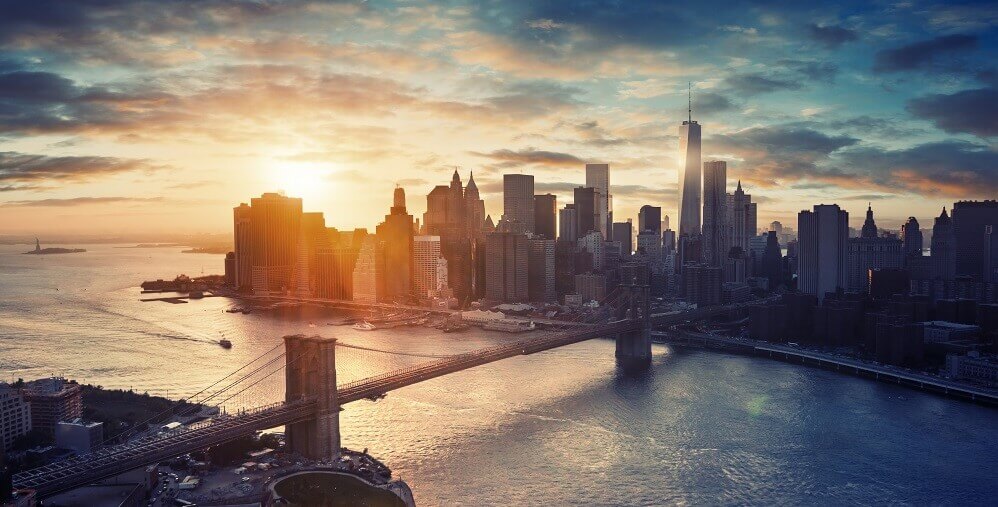 New York City’s Sick Leave Act was adopted into law in 2013 along with Jersey City, NJ. and Portland, OR. It was revised again in 2014 and in the following 18 months after the grace period ended, over 200 businesses were fined and required to pay restitution of nearly 2.5 million dollars.

Three years after the law was signed into effect, New York City is still amending and revising their sick leave policy. That leave many business owners feeling vague and unsure about how the most recent amendments apply to their business.

The most recent addendum was in October 2017. The act was passed by the city council and is expected to be signed into law soon. Once signed by the mayor, it will become effective in 180 days. That would make it effective approximately May of 2018.

In addition, the Paid Family Leave Act starts in 2018, which will provide up to 12 weeks of paid leave for qualified employees in New York. The Human Rights Act provides protection for victims of domestic abuse to take time off work to pursue medical and legal redress and protection.

It is vital that business owners and Human Resource managers understand these laws and abide by them. The purpose of this article is to provide a comprehensive and up to date guide on New York City’s Earned Sick Time Act (Paid Sick Leave Law or ESTA) and how to comply as a business. Read our other articles for more information on other pertinent employment laws in New York City.

The Act was signed into effect in 2013. However in March of 2014 more addendum’s were passed, which became effective April 1, 2015. After a 6 month grace period, businesses became fully liable for non-compliance with new provisions of the law.

The Basics of the Paid Sick Leave Act

Sick leave is earned at the rate of 1 hour for every 30 hours worked. Employees can earn up to 40 hours in a 12 month period to use for sick leave.

That means that the 12 month period does not have to be a calendar year, but can be a different 12 month period set by the company, including anniversary dates of employment. Employees can roll up to 40 hours to the following year if they don’t use accrued sick leave.

However, employers can still restrict sick leave usage to 40 hours in a year.

The Act does provide for a grace period before an employee can start to use the accrued sick leave. 120 days after the date that employment begins, employees can start using their sick leave.

Under the 2013 ESTA, only businesses who employed 20 or more employees were required to give sick leave to their employees.

Even employers who employ 1 or more domestic workers must provide sick leave. Domestic workers are allowed up to 2 days of sick leave. That is in addition to the 3 days of paid sick leave awarded by New York State’s Domestic Workers Bill of Rights after one year of service.

Additionally, manufacturers, who were previously exempt from the law are now included in the law and must provide mandatory sick leave to their employees.

All employees including full time, part time, temporary, and seasonal employees are covered under the act. However, there are several exceptions to the law.

New York City’s Paid Sick Leave Law does have a few exclusions to the law. Employees who work less than 80 hours a year are excluded from getting sick leave. Additionally, all publicly employed employees are also excluded. This includes employees of the United States Government, New York State employees and New York City’s employees.

Employees who are participating in a work study program or who are compensated through scholarships are excluded from the sick leave law.

Additionally Independent Contractors are excluded. Lastly, certain professionals who are licensed by the New York State Department of Education and who call in for work assignments at will and are paid a premium rate are also excluded. Premium rate is defined as four times the minimum federal wage.

It is important to note that although New York City’s sick leave law doesn’t provide for safe time usage, New York State’s Human Rights Law provides protections to domestic violence victims who have to take off time from work to address the issue.

The new rules allow victims of a family offence matter aka “domestic violence”, stalking, human trafficking or sexual assault to take sick leave for a variety of reasons in order to get protection, seek help and redress, and to get medical or mental aid. Employees can take time to get protection, seek safety planning or relocate, seek help from legal and civil authorities, and even to enroll their kids in a new school.

The definition of Family Member was expanded in 2014 to include more relationships. Currently family members honored under the New York City law include biological, adopted, foster, step, and legal ward relationships.

Family members named include spouse, child, sibling (new in 2014), parent, including parent in-laws, grandchildren, and grandparents (new in 2014). Parents and children of a domestic partner are also included as are siblings that are half-siblings, step, and adopted siblings.

Lastly children that the employee is in loco parentis are also included as family members. Therefore, employees can take sick leave to help care for any of these family relationships under a qualified reason.

Employees who work for joint employers will have all of their hours for each employer counted together for purposes of sick leave accrual.

Employers who already provide at least the 40 hours of paid time off each year or 1 hour for every hour worked, and who allow it to be used for the reasons stated in the law are considered to have met the requirements for New York City’s Paid Sick Leave Law. This can include paid time off, paid personal time, vacation time or other paid days off. Employers should review paid time off (PTO) policies to ensure that all the allowable uses in the law are also allowed by the employer’s employment policy.

Employees who assert their rights, or attempt to assert their rights under the Paid Sick Leave Law are protected against retaliation from their employer. Employers cannot threaten, discipline, discharge, suspension, or reduction of the employee’s hours. Additionally any other adverse action is also prohibited. This includes retaliation for any of the following actions:

Fines and Remedies provided by the Sick Time Ordinance

In addition, the Department  of Commerce can also assess damages for each violation. Each time the employee takes sick leave and is not paid, the damages are to be three times the missed wages or $250, whichever is greater. Every instance that the employee requested, but wasn’t allowed to take sick leave is punishable by $500. Every instance that retaliation occurred against the employee, damages paid to the employee include full compensation, including missed wages and benefits, and $500 equitable relief. For every instance of discharge, damages include full compensation including lost wages and benefits, $2,500 and equitable relief, including reinstatement.

Employers are required to provide notice to employees in their native language, provided that the Department has released the notifications in that language. Employers must also provide notice in English.

Employers might assume that employees exempt from Federal Overtime Rules or New York State’s Overtime are exempt from the record keeping aspect of the law. However, this doesn’t appear to be the case as all employers are required to record and maintain record of whether an employee is exempt or not.

Businesses who have employees in New York  have to comply with multiple employment benefit laws, and will soon have to comply with the New York FMLA law.  Additionally, these businesses have to also comply with Federal Overtime Laws, the Family Leave Medical Act and any other national or local laws that are enacted. SwipeClock provides a comprehensive array of workforce management and time tracking tools that can help businesses to more easily stay in compliance with local and national laws. Records are effortlessly kept for years and accrual is automatically tracked and reported to employees according the state and city laws. Additionally, with geo-timekeeping clocks, businesses can effortlessly track time worked in specific cities to ensure compliance.