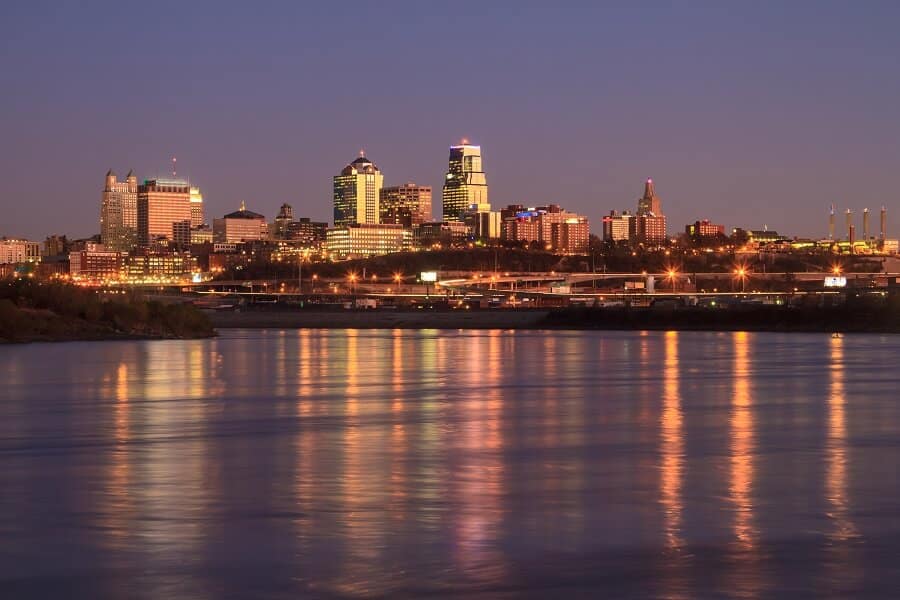 In 2015 when both St. Louis and Kansas City were looking at local employment law changes, Missouri State Legislatures became concerned about a hodgepodge of employment laws across the state. The legislature passed Bill HB 722, a “Revised Statute to Chapter 285 Employees and Employers Generally.”

HB 722 was more specific than an earlier 1998 preemptive bill that covered, among other things, minimum wage ordinances on a local level.

The preemption law has two key aspects included. It states that “No political subdivision shall establish, mandate, or otherwise require an employer to provide an employee a minimum or living wage rate or employment benefits.”

Employment benefits are defined in the statute as anything of value including employee benefits, insurance benefits, paid or unpaid sick leave, vacation, terms of employment, attendance or leave policies.

The second key aspect of the law was that the preemption would not apply to any local minimum wage law that was in effect as of August 28, 2015. This clause would become the subject of a lot of legal controversies.

Despite the Veto, on September 16, 2015, Missouri lawmakers overrode the governor’s veto and passed the bill into law.

However the bill would soon create controversy in Missouri.

In St. Louis a minimum wage ordinance was also passed in 2015. The new living wage was set to increase from the Missouri minimum wage of $7.65 an hour up to $11 an hour by January 2018.

The new ordinance was challenged in court and a judge ruled against the new ordinance stating that it was in conflict with the State’s minimum wage, which was then at $7.70 an hour.

Even so, in February of this year, the Missouri Supreme Court upheld the minimum wage ordinance because the State’s preemption law didn’t apply to any minimum wage laws enacted by August 28th and the St. Louis ordinance started on August 28th, 2015.

If further held that an earlier state law passed in 1998, which banned local minimum wage laws was invalid because it contained multiple subject matters, which is against the Missouri Constitution.

St. Louis Mayor Francis Slay said he will give businesses a “reasonable grace period” to adjust to the new wage. The new Mayor Lyda Krewson set the deadline as May 5th for compliance.

Businesses in St. Louis are troubled by the ruling. An attorney in St. Louis, Jane Dueker said that the ordinance is vague in enforcement and allows employees to sue their employer tomorrow because their wages didn’t go up.

Ray McCarty, the president of the Associated Industries of Missouri said that “Despite the liberal Supreme Court’s gross misinterpretation of state statute, money still doesn’t grow on trees. . . Some minimum wage employees will find themselves without jobs thanks to this misguided decision.”

Even so, the decision for the St. Louis minimum wage ordinance may have an effect on the future of Kansas City’s minimum wage.

However, with the passing of the HB 722 preempting minimum wage, Kansas city made the new ordinance void.

At the same time, local activists were gathering signatures to put on the ballot a measure that would increase minimum wage to $15 by 2020.

The City of Kansas City sued to block the measure because it believed that even if passed, the new measure would conflict with the State’s preemption law.

The trial court agreed with the City and ruled that the new measure would be void under state law.

Yet, earlier this year, the Missouri Supreme Court overrode that decision and mandated that the measure appear on the ballots in August. This is because the petitioners followed the proper procedure to place the measure on the ballots.

The Supreme Court specifically stated that if the measure passes, it will mean more litigation in the courts to determine the outcome of the new minimum wage.

Lawmakers Scramble to Decide the Outcome of Minimum Wage

Kansas City Council approved a minimum wage hike to $13 by 2023 in March, 2017. The decision defied the State’s preemption law and will likely pull the city into even more litigation.

If the new ordinance stands, minimum wage in Kansas city will increase 5 times between now and January 2023.

The adoption of the new minimum wage ordinance in Kansas City spurred the passing of a new bill in the House that would block cities from adopting a new minimum wage and would be effective immediately.

One key component in the new bill, HB 1194, is that it not only preempts minimum wage and other employment benefit laws locally, but also nullifies all local “ordinances, rules, and regulations currently in effect or later enacted relating to the establishment or enforcement of a minimum or living wage. . employment benefits that exceed state laws, rules, and regulations.”

In other words, the new preemptive bill would nullify both the St. Louis minimum wage ordinance, make void the new Kansas City ordinance, and nullify the minimum wage measure going to a vote in August.

The bill has currently passed the House and the Senate and has been presented to Governor Eric Greitens for signature.

Even if the Governor vetoes the new bill and the minimum wage measure passes, the outcome of local minimum wage will continue to be undecided. The Courts will have to decide the legality of the measure against current laws.

Although the minimum wage debate continues, no current sick leave laws are currently being debated locally.

Employers in St. Louis suddenly find themselves subject to a minimum wage law and no time to comply. With the decision of the Supreme Court, the minimum wage ordinance because effective immediately.

This means employers face uncertainty regarding fines, retribution and other enforcement issues.

Employers may have scrambled to be compliant by May 5th only to find the minimum wage nullified with the governor’s signature.

The minimum wage may raise even more if the measure on the ballots passes in August.

Further, both measures could be nullified in court. Unlike St. Louis’ ordinance, the Kansas City ordinance was not in effect on August 28, 2015 and could be considered conflicting with existing state law.

Plus if  HB 1194 is signed by the Governor, then Kansas City’s ordinance becomes immediately invalid and the future vote becomes void.

For businesses in Kansas City and St. Louis, the ability to quickly adapt between what may be a constantly changing employment law environment is key to avoiding fines and penalties.

Fortunately, SwipeClock provides a comprehensive array of workforce management and time tracking tools that can help businesses to more easily stay in compliance with local and national laws.

Records are effortlessly kept for years and accrual is automatically tracked and reported to employees according to the state and city laws. Additionally, with geo-timekeeping clocks, businesses can effortlessly track time employees work in specific cities to ensure compliance while maintaining the bottom line, a key component in rising labor costs.