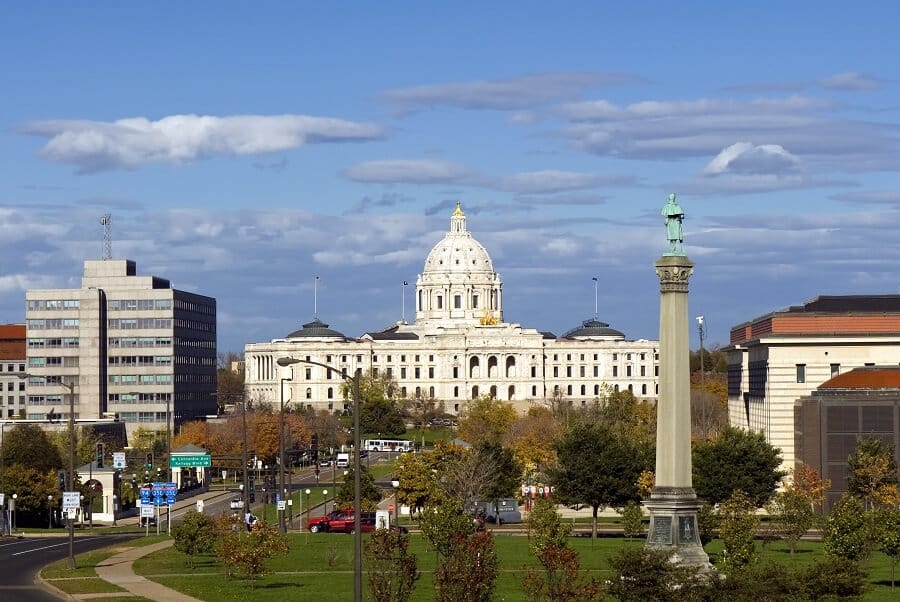 On March 2, 2017, a bill that would retroactively preempt local employment laws passed the Minnesota House of Representatives. HF 600 and SF 580 would stop local jurisdictions from passing employment law. Proponents of the bill state that the bill would stop a patchwork of local laws that would make paperwork and compliance difficult for employers and thus discourage employers from expanding into the state.

After passing the House, the bill moved onto the Senate, where it is moving speedily through the review process.

The Urgency Behind the Preemptive Employment Law

One of the reasons the bill is moving so quickly is because the two largest cities in Minnesota, St Paul and Minneapolis have both passed local employment laws that would raise minimum wage and require businesses to provide sick leave to their employees.

Currently Minneapolis’s Sick Leave Ordinance is under fire in Federal Courts as the city and the Chamber of Commerce battle it out. One of the arguments against the ordinance is that Minneapolis passed a law that affects businesses outside city limits and that creates an overreach. Any business, anywhere, who has an employee who visits Minneapolis on work time, falls under the law. While the legality of the law plays out in Federal Court, it could become a void argument if Minnesota lawmakers pass the preemptive law.

Expected Outcome of the Bill

The bill is expected to pass the Legislature, but then to be vetoed by the Governor, Mark Dayton. Should the bill get vetoed, then it would have to go back to the House and Senate for an override vote. Yet, unless stronger support played out in the House, there would not be enough votes to override the veto, based on the original passing at 76-53.

That would leave the legality of the law up to Federal Courts, which may or may not advance the case far enough for a decision by July 1, 2018.

Even as the law preempting local sick leave and minimum wage laws advances through the Senate, another law, HF 239 seeks to establish a statewide sick leave benefit for employees and a paid family leave of 12 weeks. The law is currently under review in the House.

Meanwhile, business owners in both St Paul and Minneapolis should continue to seek compliance with the local laws. Updated timekeeping systems should be put in place and the required notices and posters should be presented to employees. Both cities have strict and hefty penalties for non-compliance.

How SwipeClock Can Help

Businesses across the country are finding themselves with the need to comply with local, state, and federal regulations concerning payroll, paid time off, and other labor laws. The need to maintain accurate records and properly pay employees is rising and fines and penalties increase with non-compliance. SwipeClock is a premier provider of timekeeping solutions and workforce management tools. Employers who do have to track employees time within certain geographical boundaries are relieved to have GEO-Time Clocks that automatically track when employees cross into city and county boundaries. Tools like these make managing and staying compliant with local ordinances a breeze and save businesses thousands a year in fines.

Update: On April 20th, the Minnesota Senate passed the law preempting local sick leave laws with a vote of 35-31. The next step is for the House and the Senate to put together a final version of the bill to be sent to Governor Mark Dayton. However, the governor has stated that he has “significant concerns” about the bill so it is questionable whether or not he would sign the bill into law.

Update: On May 30, 2017, the Governor vetoed the Minnesota Preemptive Sick Leave Bill. This means that both St Paul’s and Minneapolis’ Sick Leave Ordinance take effect on July 1, 2017.