DOL Issues a Request for Information to Revamp Overtime Rule 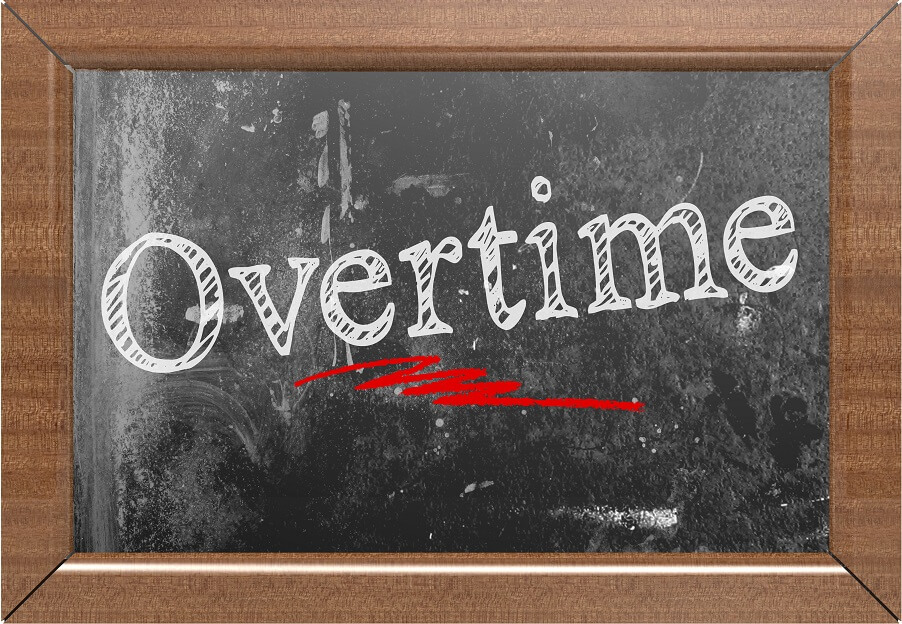 Just one month ago, the Department of Labor (DOL) demonstrated that the Overtime Rule of 2016 may be suspended, but isn’t dead.

On July 26, 2017 the DOL published a Request for Information (RFI). An RFI is the first step that the DOL must take in order to revise the existing rules that were created under the Obama Administration.

The new Overtime Rule updated the older overtime rule published under the Fair Labor Standards Act and was supposed to take effect on December 1, 2016.

However, two lawsuits in Federal District Court effectively stopped the implementation of the rule. When Trump took office and the DOL’s leadership changed to Secretary of Labor Alexander Acosta, many speculated that the Overtime Rule would be dropped.

However, with the RFI, it appears that the DOL is not looking to drop the rule, but instead is seeking information to revise it to be more business friendly. Stakeholders are being asked a series of questions to identify which employees should be exempt and how the salary thresholds should apply.

DOL seeks Business Input on How the Overtime Rule Affected Them

In addition to the questions relating to changes in the overtime law, the DOL is also seeking information regarding how businesses reacted to the 2016 overtime rule. The Department questions ask if employers increased salaries to keep employees exempt, changed hours or hourly rates to the new non-exempt employees to keep their total compensation the same, or if they made other changes to prepare for the new rule.

These are important questions for the Department of Labor to understand. Across the country employers looked at raising employee’s salaries to keep them exempt. Other employers reduced employee hours, or split hours and duties among more employees. Some employers started hiring new employees at a lower threshold so that after overtime hours, these employees would make the same as they would have before the new updates.

The DOL also wants to know if employers reduced flexibility for employees to work outside regular hours and whether or not they required greater tracking of productivity during those worked hours.

The last thing the DOL is seeking to understand is whether or not small businesses faced unique challenges in preparing for the 2016 Overtime Rule.

One of the most criticized aspects of the Overtime Rule is a national salary threshold that treats exempt employees in rural America the same as employees in high cost of living areas such as Washington DC or New York. Alexander Passantino, an attorney for Seyfarth Shaw and a former acting administrator of the DOL’s Wage-and-Hour division said;

“Employing a cost-of-living-based salary test certainly would address a number of the concerns raised by employers in the previous go-round.”

He continues “A salary level that works for New York or D.C. does not necessarily work for the rural south.”

A geography-based salary threshold would make the overtime rule more manageable for employers, but creating the regulations to govern and set the standard across the country could be a massive challenge for the DOL.

Passantino explained that it would be difficult for the DOL to define what geographical location some employees are considered to work. He explains:

Situations such as this, and others, occur all over the country and would require that the DOL provide specific guidelines on how employers can apply the proper salary level and it might mean that employers have to comply with multiple salary thresholds.

Another attorney, Steven Suflas, with Ballard Spahr said that multiple standards for salary thresholds might appear to be more equitable, but “it would make compliance for employers, especially national employers, more difficult as salary levels could vary region  by region or location by location.”

He also said that “this new initiative would also appear to be inconsistent with the new administration’s stated policy of simplifying federal regulation.”

But not everyone agrees that salary thresholds would create compliance headaches. Jeffrey  Brecher, an attorney with Jackson Lewis said “One of the criticisms of the original final rule was that it established a  salary level that more than doubled the prior salary level and took no consideration for differences in salary levels among geographical areas. So setting a standard salary level that makes adjustments based on geographical location makes sense. Employers are used to variations in salary levels at the state-law level so this is something the DOL will likely give serious consideration.”

Key Questions that Could Lead to a Completely Different Overtime Rule

These and the other questions on the RFI show that the DOL is seeking input and is open to some major changes in the Overtime Rule. However, it also shows that the Overtime Rule is not dead and won’t be forgotten about. Changes are coming and businesses will likely have to deal with an update to the FLSA overtime rule again in the future.

Businesses have to comply with Federal, State and often city employment laws. This can be very difficult to track and stay compliant without HR software that reports and tracks employee records.